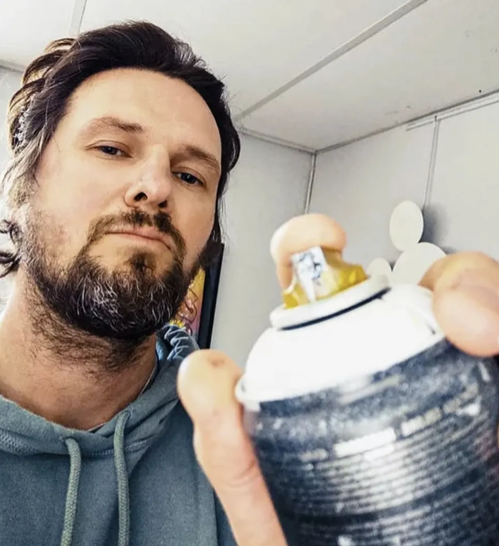 Daru is a French painter and street artist. He can create artworks on different types of medium such as wooden slats or mail boxes for instance. At first, he was a cartoonist, but later on, he became interested in urban art. The artist paints freely and according to his mood and desire. He draws iconic characters from various famous cartoons, games and mangas. Daru is inspired by life and luxurious brands. The opulence in his artworks is sometimes comic and critical because he combines a popular character with an extravagant background. The simplicity of his supports contrast with the art he creates. With his personal background, he combines cartoons and urban art by using different types of bombs and markers which creates these colorful and bright pieces of art.