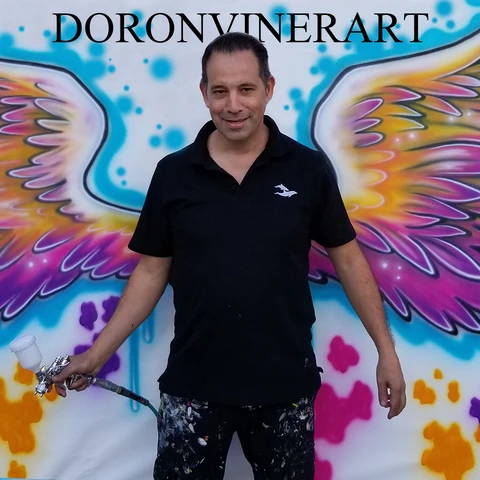 Doron Viner - a well known international artist and one of today's top contemporary artists. Doron Viner grew up in New York City where he was introduced to the Graffiti seen on the streets and subways of the city. He developed his own unique style which he took from his world of graffiti and brought it into his canvas. Doron Viner unique style of Modern technics of coloration and creativity artwork earned him his fame all around the globe.

Doron has won many Global Awards including a Guinness World Record for the largest mural in the world ( A 4 mile long mural).

Doron appeared on many TV shows including the main artist for the T.V show Extreme Makeover (helping the unfortunate rebuilt their lives with a unique mural in their new home).