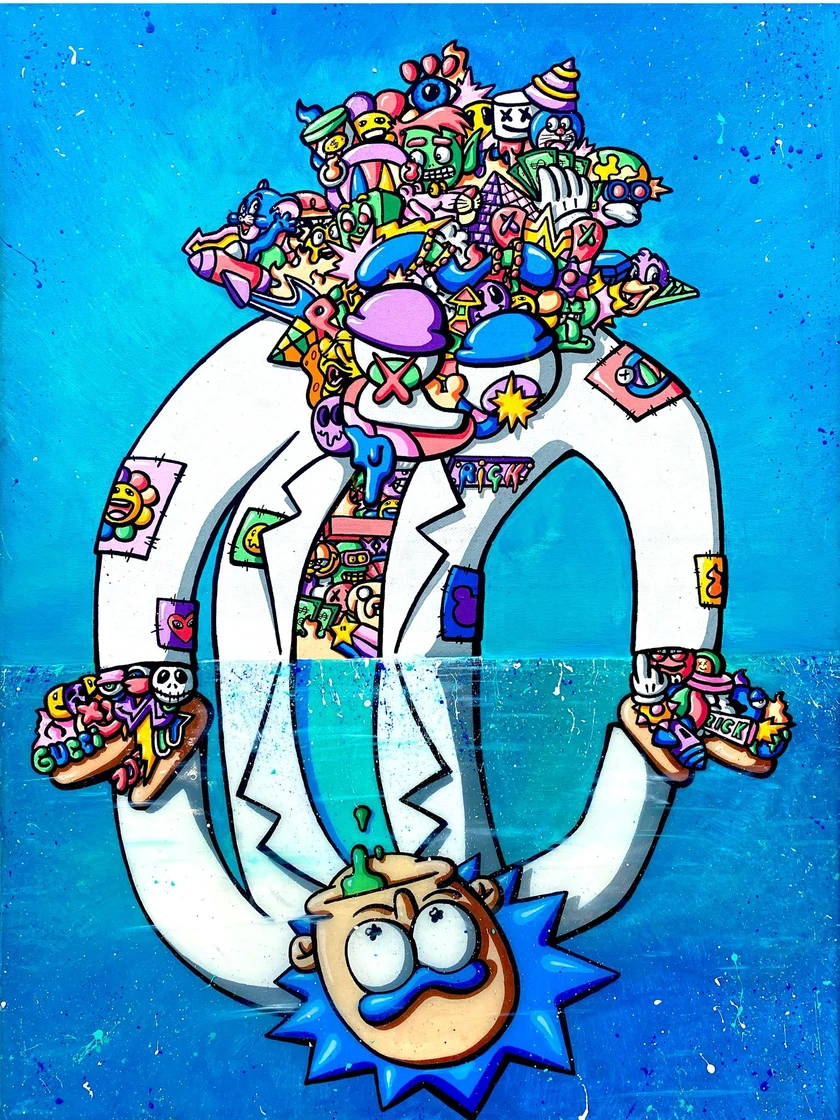 Vibrant colors, pop culture, and organized chaos culminate in the distinct artwork of Nathan Wegner, who works under the pseudonym Wegs. Born in Minnesota and later moving to Florida, Wegner studied for a degree in Studio Art at FSU before leaving to pursue his current career as a full-time artist.

Wegner's work lives on the border of time, showing both the sophistication of an experienced artist and nostalgia for the memories of youth. First inspired by seeing his father drawing while he was a child, Wegner developed a fascination with the bold and lively animation in the cartoons he watched. It was once he enrolled in formal art instruction during high school that Wegner was struck by the freedom and limitless potential his art and creativity could unlock.

Though Wegner continued honing his technical skills in college, he took the first step toward forging his artistic career even before his 22nd birthday. He built up platforms to share his artwork directly with his audience, quickly building an international following and selling his work in the United States, Canada, and parts of Europe. Within only a year of working as a full-time artist, Wegner's characteristic style of art has expanded to include works on canvas as well as item customizations, such as dollar bills or sneakers. Drawing from famous figures in pop culture like The Simpsons and Spongebob to contemporary cultural events like Bitcoin's popularity, Wegner fuses different elements to create new worlds.

Nathan Wegner lives and creates from his home in North Carolina.