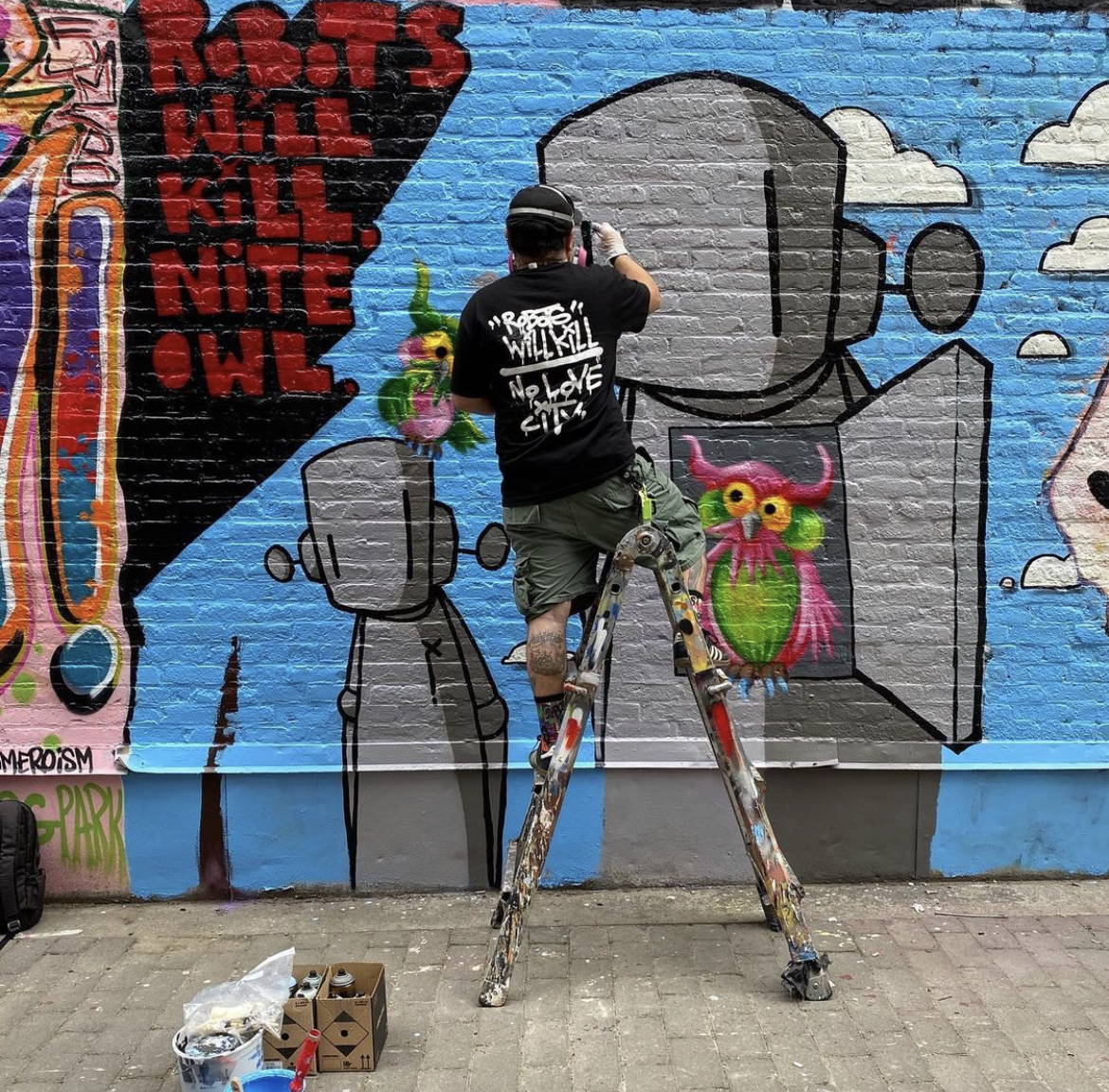 Years ago NiteOwl has been doing these canvases with generic buff men in them. That because boring, so these canvases were prepared with the intention of inviting a bunch of friends to collaborate on. Each artist was given a canvas that was started by Nite Owl and they were asked to provide a “buff man” in their own unique way. It was a very general request which allowed each artist to interpret it and respond to it however they want. The brief follows:

These canvases were based on an earlier effort named “You Can’t Buff This” which showcased Nite Owl works that were being “buffed” by an Anti-Graffiti Team which was loosely based on the Oakland Buff Squad. It is a small four man team, but they are a colorful cast of characters. Each buffer has his own signature style.

NiteOwl created a series of canvas where they envisioned the buff men to be of a similar mindset to these guys. Often times the buff squad members would be seen taking a break while working, smoking a blunt, enjoying a beer, rocking headphones and air guitaring with their roller, etc...anything but buffing out the work.