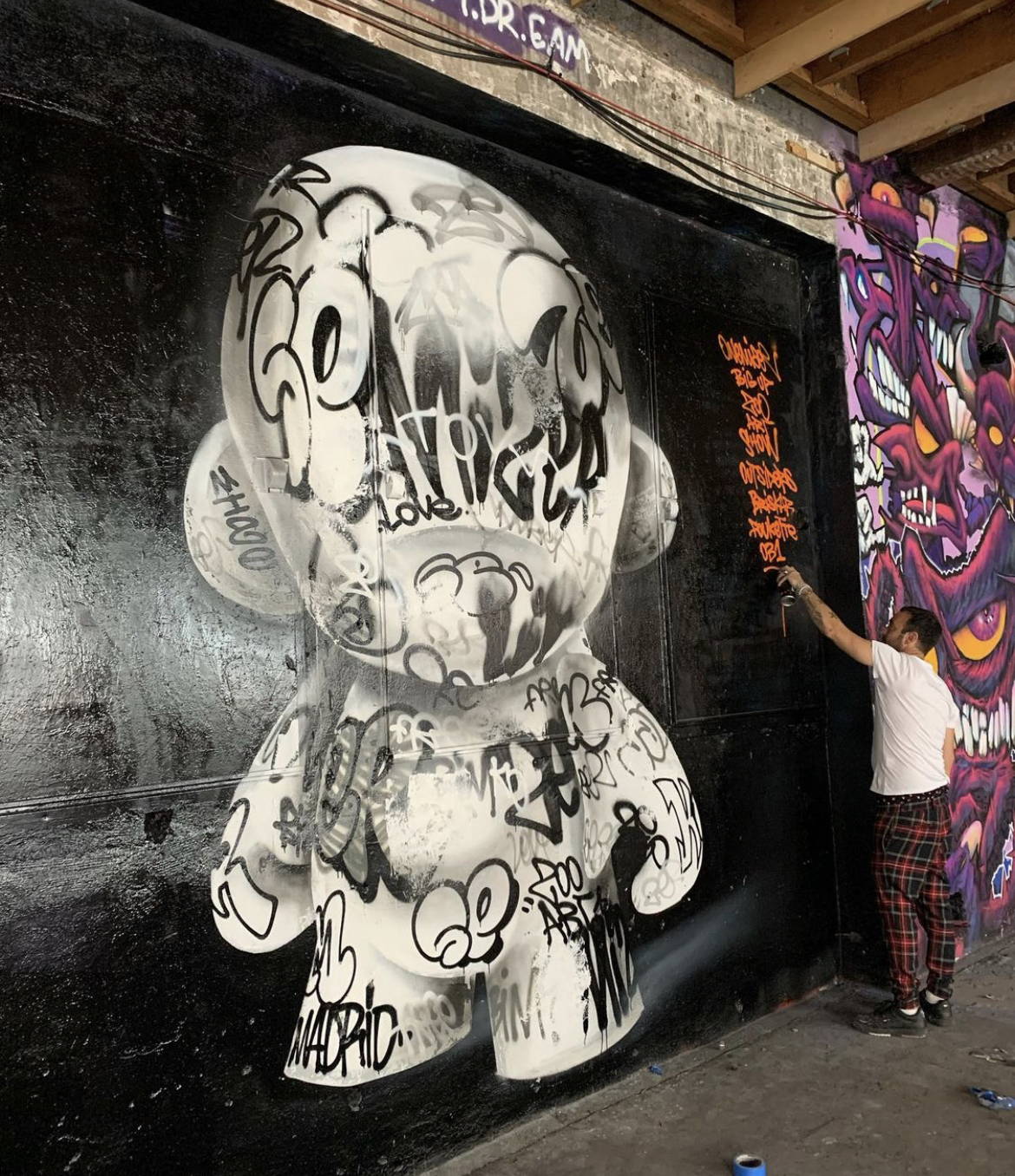 Onemizer was born in 1987 in the South of France. He spent part of his childhood in Africa where he made his first encounters with art and discovered watercolor. Back in France as a teenager, he got to know Parisian graffiti during his walks around Paris with his parents. The edges of the highways as well as the Parisian subways are real museums for him. This real love at first sight pushed him to survey vacant lots, as well as railways and abandoned warehouses, in order to paint on walls and improve his skills out of sight.After high school, he decides to undertake art studies by integrating a design school, but prefers to continue his journey on his own. Little by little, he goes from the wall to the canvas, and it is pushed by his entourage, that he begins to show his work and exhibit his paintings according to his meetings in luxury hotels, restaurants, bars ...He then organized his first exhibitions in the surroundings of Bordeaux as well as in the Paris region. Much has been done since his beginnings in the streets, and he now exhibits in many international art galleries (Paris, Courchevel, Megève, Cannes, Singapore, Honfleur, London; Bordeaux, Galerie des Arcades aux Mouleaux, Hossegor, Go Gallery in Amsterdam, Street Art Gallery in Dubai, Barbizon…).

Onemizer took part with a hundred other international artists in the world record for the largest graffiti on canvas which took place in Dubai in November 2014 and which was validated to appear in the Guinness book.